October 06, 2015  •  Leave a Comment
This past weekend was the Ten Sixty Five Festival in Mobile.  This was sort of a last minute music festival put in place to replace Bayfest, a huge music festival that was held in downtown Mobile for the past 20 years.  Bayfest brought a lot of big name music acts to the city; however, attendance and interest began to slip over the years as a lot of the bigger "A" name bands were replaced with lesser known bands and higher ticket prices.  So, after 20 years, a few weeks before Bayfest was set to kick off a 3 day music event, they called it quits and shut down operations.  True to form, the city of Mobile, with the help of local organizations and businesses, came through and offered an alternative.  Last minute cancellation meant a scramble to put together something for the city.  Well, not only did they put together a music festival that was initially only 2 days in length, but they got enough acts in place to make it a three day event, bringing in some big names of their own.  For example... George Clinton and Parliament Funkadelics, Wet Willie, Sublime and for the main headliner.... THREE DAYS GRACE!  Oh, and did I mention that this was a free music festival?  Not only was it free, but it was set up in such a manner that the local Mobile downtown merchants received a boost in revenue because attendees of the event bought their food and drinks from local businesses because there were no vendors at the event.  This was a huge plus for the downtown entertainment and business district.

So, what does this have to do with low lighting?  You see, this would be the first time I had attempted to take photographs of an outdoor event such as this.  There was such a huge mixture of different types of lighting that it nearly through me into a tailspin.  First and foremost, I didn't have my tripod with me, which was poor planning.  Because I was very far away from the stage, I should have had the foresight to realize that a tripod with a zoom lens at night is a must.  Now, considering that there was a huge crowd of people at the Three Days Grace concert, with heavy foot traffic anywhere near the event, shooting with a tripod was not going to be an option for having a chance of getting a halfway decent picture.  Not only did I have the challenges of distance, no tripod and a zoom lens while holding my camera in a crowd, but I had so many different light angles, and many bright and colorful spotlights coming from the stage that I feared it would be impossible to come home with even one decent picture out of the HUNDREDS that I took.  It was a very frustrating experience, but I was determined to continue pushing ahead and trying many different settings until I got it right.  Every time I thought that I had it figured out I was knocked back down to reality.  I tried bumping up the ISO... blurry.  Distorted lights.  Tried changing aperture, camera speed and ISO.  Same thing.  Even tried full automatic to see if the camera was smarter than me... not so much.  Then, I tried the FLASH OFF mode on my Canon.  Tinkered with a few settings and to my surprise, although not perfect, I did manage to get a few decent pictures that I was actually pretty proud of considering the odds stacked against me.  Quite honestly, based on my set of circumstances and the poor conditions I placed myself in, I really didn't expect to get any redeemable photos at the end of the evening.

So, my learning journey continues.  Every day in photography is a learning experience.  Every situation is different, and the same rules that applied to that shoot may not apply to my next outdoors nighttime event because everything will not be the same.  I am an information seeker, and I don't give up until I figure things out.  There are hundreds of thousands of resources, both written and video, available to me, and I make sure I utilize some of them each and every day to help grow into the photographer that I want to become.

Now... to end this posting... I will share the final product and some of my photos from the Three Days Grace concert.  Nowhere near perfection, but considering the circumstances I am pretty darn pleased with how things turned out!  :) 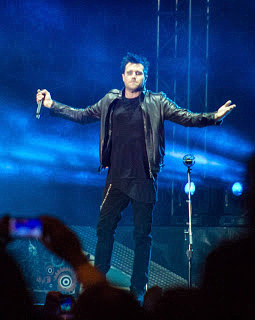 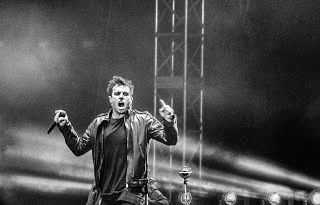 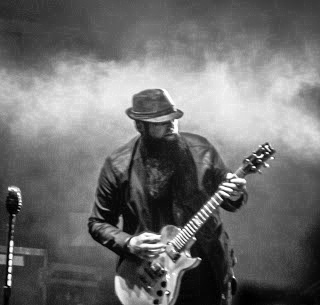 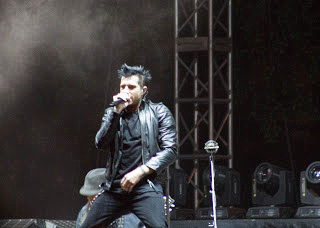 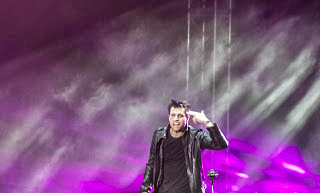 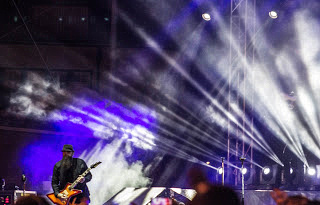 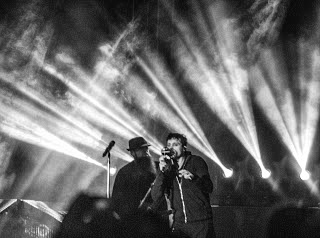 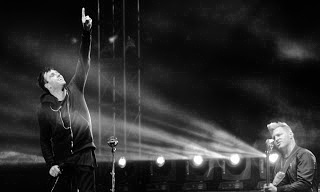